A downloadable game for Windows, macOS, and Linux

The gayest depiction of heterosexuality the world has ever seen?

Well too bad! I've made one anyway!

Questions I'm sure you have:

Why would you do this?

Do guys actually do this?

I very much hope so.

Why are they furries?

Does this have any target audience?

Can I give you tons of money?

This hows how simple a VNG can be and how good it still is. its have no color, no million dollors art and no fancy BGM but i still find it good i really love it even if it was really shout i may do a gameplay of it and put it on my channel { https://www.youtube.com/channel/UCYDEJgQnCAGS_k98JF0jNLA } at one point. just sad there was no Adult art in it.

Thanks! I'm glad you liked it.

Reply
Teatime for Cabbages132 days ago

I don't know if this was your intention, but "he's sexy but it's not like I want to have sex with him but I kinda want to watch him have sex" is, like, big autochorissexual mood, so thanks for that relatable representation lmao. Also I'm a big fan of exploring awkward and honest conversations about sex with the comfortable distance of a fictional universe and fantastic biology, so apparently you do have a target audience and it is me.

That wasn't quite my intention, but I do think that's an interesting interpretation that makes sense.

I was mainly thinking that these guys are, well, mostly straight, and wanted to show some of the variation possible there. I imagine both of them have had sex with women, have enjoyed this quite a bit, and want to continue doing this—it's only their attraction to men, like each other, that's a bit weaker, and that they are more ambivalent about.

I think it does make sense that this could end up getting expressed similarly to some forms of asexuality, like autochorissexuality, but I didn't really think of that possibility until now :p

If you like alternate universe explorations of sexuality, you may like my other stuff—although I often take advantage of the alternate universe part more to increase moral complexity than to create a "comfortable distance," so it may not always be the most relaxing thing in the world :p 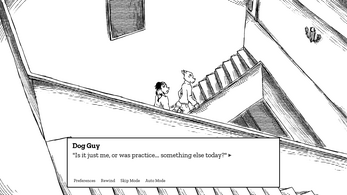 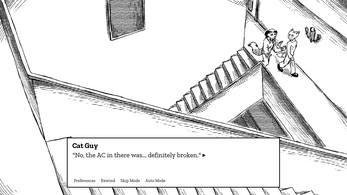 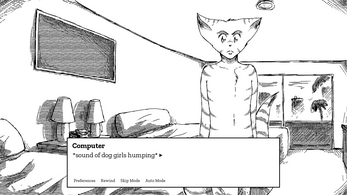 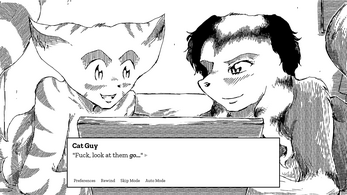