A downloadable game for Windows, macOS, and Linux

You are a cat guy who has been laid off from his job at a slightly questionable company. With chances of reemployment looking slim, you decide to get a fresh start somewhere new, and fulfill one of your last dreams—to live near a beach.

And maybe there… you'll find a girl... or a guy... that you'll be able to spend the rest of your life with.

Or at least an afternoon or two.

From the deep recesses of the mind of the host of an actual YouTube channel comes a furry dating sim the likes of which few have ever seen… Super Fuzzy Beach Dater.

Download today, and immerse yourself in a world of intrigue and romance!

If you like the game, please consider supporting my Patreon!

Disclaimer: While this game does not show anything explicit, it is fundamentally about cartoon animal people that don't wear much clothes trying to get laid.

If this sort of thing bothers you, you should probably not play this game.

Hi! I've been playing this and I am very impressed! I'm just wondering if there will be a full game for this? I like the dialogue and amount of interactability  there is in the game!

Currently I’m not working on this project. I like it too, but you can probably imagine why I felt it turned out to be overambitious. Revisiting it is tempting, but there are various technical/practical issues to working on this game—I can talk about that if you want, but it could get lengthy :p

Right now I’m focusing more on developing the unused ideas of this game as short stories. Cookies and Milk is a pretty direct sequel spinoff to this game, and while 2 Guys 1 Laptop is not as directly connected, it is also set in the same universe and has a similar visual style/mood. I’ve got a third spinoff in the works, just called “mystery project” for now, but I’m not sure that’s any good, so I’m not sure that’ll go anywhere :p

Oh yeah I totally understand. Developing something like this is definitely tough and takes a lot of work. I do wish you the best of luck with your other projects!

Is this game still under Development?

Not really, sorry. I realized a while back that it was far too overambitious, particularly with my bad health :(

However, I do have some plans to develop this game's universe more in other, shorter projects, and will post in this game's devlog if that goes anywhere.

Hello,I've played the game but when I run it ,there is no text throughout the entire game,even in the menu there is none.Please look forward to finding the bug as this would gain you another moral supporter

Unfortunately, I'm actually pretty confident I know what the problem is, and I've been dreading this :(

The version of the game engine I'm using is a bit outdated, and has some bugs—the worst of which is that, apparently, on some computers, there's a chance all the text drawing functions will completely and utterly fail to draw anything. This is likely the problem you're suffering from.

Even though I've basically canceled the project, at some point I probably should at least upload a version that uses a newer version of the engine, to help fix problems like this. But, I've been moving slowly lately and can't make any guarantees there. Until then, you might be able to the work around the problem by downloading the .love file version of the game, and running it with this program: https://love2d.org/. That's the game engine I'm using, just distributed separately.

Hello tantei,I tried following your advice but this didn't work,i downloaded the .love file and played it but the same problem came ,if you could fix this it would be amazing, thanks and Btw i love the little cat on the load menu !!

Thanks! But if it's still not working… I don't know what's going on lol

If I end up changing anything that I think could help fix this problem, I'll respond to this thread to let you know :p

ok. i watched the video they just put up. i clicked to a random point. i immediantly was laughing my bum off. i will buy this when it is fully out. thank you

for some reason the demo doesnt open to me, is there a bug or something? or do i have to open it in a certain way?

It depends on which of the downloads you got.

The prepackaged versions of the game—the ones labeled "Windows" or "Mac"—should just work once you unzip the zip file and run the program inside.

The ".love file" version of the game, however, contains a .love file that needs to be opened in this separate program.

In general, though, you shouldn't have to do much to run the game. If you could tell me more about what happens when you try to run the game, that may help me figure out what the problem is.

If you could, try downloading the program I used to make the game, and see if that works on its own. It's been updated to a slightly newer version than the one that is bundled with the game, and if I remember right, the new version fixes some glitches that could prevent it from starting on some computers.

If that program works on its own, you may be able to use the .love file version of the game to play it. (To tell if it's working: launching it should show a simple test animation made by its developers.)

If the same thing happens, though, the problem may be with that program instead of my game, and there may not be much I can do about it.

I hope that helps :(

(I'm planning on updating to the new version at some point, but I haven't gotten to it yet, sorry.)

Hey dude, found your game totally by chance but holy hell it's quality is amazing! The artstyle is gorgeous and combined with the music creates a great atmosphere, it's really criminal how little attention this game seems to be getting. Have you thought about paying for ads on sites like Furafinity (or uh, e621), I know a few creators who've been helped out by doing that. Again great work I hope you continue developing this.

Thank you very much!

I have considered buying ad space on FurAffinity and/or e621, and I may do that in the future. For now, though, I think some good word-of-mouth would help. Tell other people about the game, if you could :p

Hey man really like the art style and music in this demo! I imagine you made all of it yourself, if yes then excellent work! I'm looking forward  for updates.

Thanks! And yes, I made everything myself.

I'm posting weekly progress updates on the devlog of this game, and with any luck the next version will be out… soon-ish :p

too good to be so short, keep up the good work :)

Thanks! This is something I'm trying to address in the next demo—the same amount of plot is covered, but there's a lot of extra content in addition to the main story now—so look forward to that :p

Just played the demo and I have to say I love it! I've played a game in pixel art style before, and I admit that I like it a lot. The music is also catchy and brings on the fitting mood to the script/scenes, just like those sound effects, that make the game more realistic and attractive to more senses. The sorta animations and facial expressions are something I really like as well! You don't see those a lot nowadays in most games, and let me tell you I appreciate and admire all the hard work you put into this. I like the way the script is written too! It's really interesting and fun to read. And I think I have a little crush on Jean. I just love the way she looks at you and she has a cool personality too. And the way you constructed your furry world, is very logical and I love the detailed thought you put into it. I've also imagined that city furries would wear clothes, and the ones living on the land or forest areas, would wear less clothes.

All in all, an awesome demo so far and I hope there'll be more. I can't wait for the final result :) You've won me as a fan

I will try to keep the quality high throughout development, and keep doing the things you mentioned. I hope I can make the game feel engaging and immersive, even when compared to visual novels with large teams and HD artwork.

And it's encouraging to hear you already like one of the characters :p

do u have a patreon yet?

Currently no, but I am thinking of trying to start one at some point.

I'd want to wait until I've gotten a little more done on the project, among other things.

You asking gives me some hope people might be interested, though, so I am taking the idea seriously.

definitely looking forward to more of this

Thanks! I've been sick lately, so development has been going pretty slow, but I'm still working on it.

I'm currently rewriting the game's code, to make it an HTML5 game, and to change the gameplay a bit. That's been pretty hard, but hopefully it will be worth it :p

but I still confuse how to scroll back and hope I can save the game.

You should be able to go back by pressing Page Up. Pressing Shift+Page Up will take you back further.

You currently can't save your game, sorry. This demo is pretty short (usually about 20 minutes when I play it), so hopefully that isn't a huge problem :( 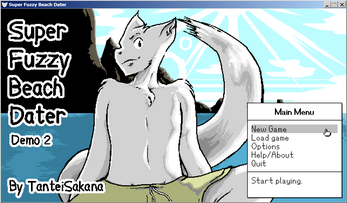 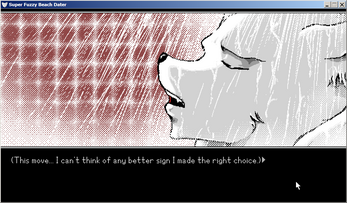 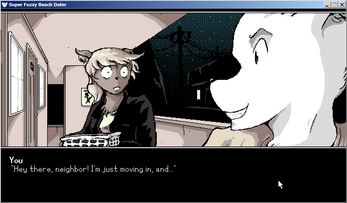 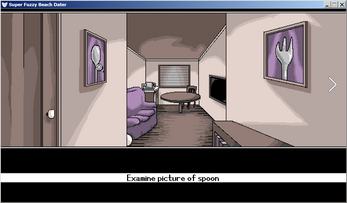