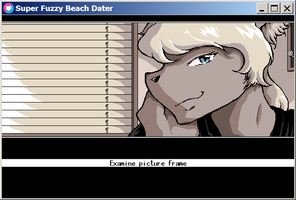 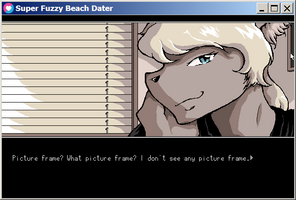 My hand is doing better, and I've gotten some meaningful progress done on the game's script. Now, pretty much all of Day 0—the nighttime part where the protagonist arrives and meets Jean—is in some working state.

Next up is fixing up various parts of Day 0—such as doing something about the picture frame shown in the pictures, which is a continuity error—and porting over Day 1, which is much(?) shorter.

I don't have a very good metric for measuring the length of the script, but so far… the script of the entire first demo is 35 kB, and what I've written for the second demo so far is 113 kB. So, with any luck, there'll be enough additional content to make the wait worth it :p