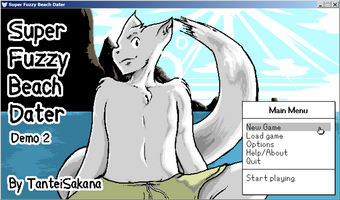 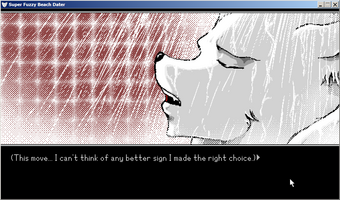 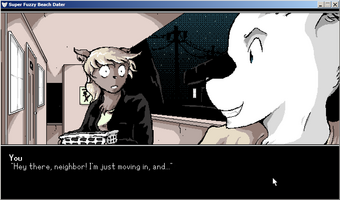 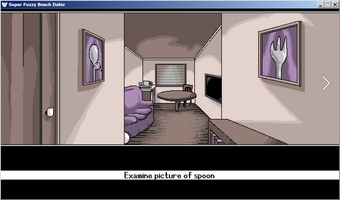 Somehow, I actually managed to get this thing out by my deadline.

Well, it's been a long 10 months, but I hope it's been worth it. Demo 2 is now out, and while it technically covers the same amount of plot as the last demo, it brings with it some massive changes that make it feel like an entirely different game!

The game is now cross platform! The engine has been rewritten from scratch in LÖVE, which makes it much easier for me to deploy the game to other platforms!

The game no longer a plain visual novel—it now has point-and-click adventure elements! This entailed expanding the script with about 5X the content, which develops the game's world a lot more!

There are now save games! You no longer have to play the entire demo in a single sitting!

The font is now a variable width font drawn by me! This means literally every pixel in the game has been drawn by me, which is a milestone I've been wanting to hit for a while! And, of course, more text fits on the screen now.

You can now support my projects—like this game—through my Patreon!

And, in addition, many smaller things have been tweaked and enhanced.

If you liked the first demo, make sure to give this one a shot, and let me know what you think!

(Note: I don't have a Mac. I have no idea if the Mac version works. Someone with a Mac, please tell me if it works.)